A vote of no confidence is a procedure in parliamentary systems to force a change of government. When the parliament passes such a vote, the head of state (president or king) dismisses the chief politician (prime minister) and his cabinet and eventually appoints a new prime minister who can put together a majority coalition in parliament.

The closest direct analog in our system is the impeachment process, which is involved and complicated. The president is both head of state and chief politician and so impeachment is a much more serious matter than losing a vote of no confidence. The constitution restricts impeachment to "Treason, Bribery, or other high Crimes and Misdemeanors." It also says that the president (and other officers) shall not "without the Consent of the Congress, accept of any present, Emolument, Office, or Title, of any kind whatever, from any King, Prince, or foreign State," but doesn't directly say whether doing so is grounds for impeachment. Although it sounds like a criminal proceeding, impeachment is inherently political, carried out by the House of Representatives and then the Senate. At present, it seems unlikely that an impeachment attempt will get very far in a Republican Congress. However, over the past two years, Trump has publicly insulted or demeaned most prominent Republican politicians, so if impeachment ever develops any bipartisan momentum, Trump's fall will be astonishingly fast.

Although most states have methods to recall elected state and local officials without impeachment, there is no way to recall the Federal president, senators, or representatives. That might require a Constitutional amendment. But there's no harm asking for such an amendment or a Federal legislative solution.

So in our system, what's the point of a vote of no confidence? It's just a resolution stating an opinion, and has no direct immediate consequence. But politicians and those that fund their campaigns are very tuned to opinion polls. Nobody wants to waste time and money on a lost cause. How much more meaningful these polls are if they are actual ballots in state legislatures or state referenda! They will make a difference.

As a practical election matter, it might be better to phrase a ballot initiative as a vote to CENSURE rather than a vote of NO CONFIDENCE. Voters who don't follow politics might find confusing a measure that you vote YES to express NO CONFIDENCE, but you vote NO to express CONFIDENCE. Voting YES to CENSURE the administration avoids the confusion factor. This would not be necessary for a state legislature resolution; the legislators might be presumed to understand what their votes mean.

But the main goal is to convince President Trump that the time has come to return to helping his children run his businesses. He can make a deal to resign in exchange for a full pardon from his successor, President Pence.

Mike Pence is neither Hillary Clinton in drag nor Ronald Reagan reincarnated. He is a Koch-funded reactionary conservative who will provoke debate about many national issues. But these are issues that need to be debated no matter who is in charge, rather than the self-inflicted self-sabotage issues unique to the Trump administration. Perhaps the most important issue for Republicans: what does the Republican Party stand for now - ideological stalemate or legislation that can get through both houses of Congress? Perhaps Trump will be most remembered for uniting conservative Republicans and liberal Democrats in a wish for the inauguration of President Pence.

What if Trump can't be embarrassed into resigning? Significant votes of no confidence in red states - inspired by California's - will encourage members of Congress to keep their distance from Trump and his billionaires-first program, and will encourage strong Democratic candidates to run in contestable districts in 2018.

What's good for the enabled is good for the enablers. Why not take votes of no confidence for all the Republican Congressional members in your state? California has no Republican senators but 14 Representatives, many of whom have three strikes against them already. State election law might require enhancement to support no confidence voting by Federal congressional districts.

What should we do? Contact your state legislators and governor. Ask them to sponsor or support a resolution of no confidence in the Trump administration.

How should we contact our legislators? Legislators do want to hear from voters in their districts - and major donors - but don't have much time for anybody else. So write to your own legislators, from your address in their district. Legislators want to hear individual opinions, unless you are actually conveying the formal opinion of some politically significant organization. What they don't want is form letters or emails from bots or aimless rants. Although most would like to individually answer every letter they get, it's just not possible, so their staff must quickly determine

So letters should be short and to the point about just one issue, polite and in your own words; though the staff must read your letter quickly, take enough time to write effectively. You might not get a response, particularly if there are thousands of letters on a topic. But it's pretty likely that somebody is keeping score of what you and other constituents said.

What should we say? Ask the legislator to sponsor or support a resolution of no confidence in the Trump administration, as a resolution of the state legislature, and as a referendum resolution on the next statewide ballot. I'd suggest including your own list of no more than three critical reasons why you have no confidence. Out of the seemingly hundreds of reasons, pick those that mean the most to you. If your Congressional representative is enabling Trump on your three issues, ask for a no confidence vote for him or her too.

Trump's ultimate High Crime is failure to expand his base of support to a working majority of voters; instead it is contracting, and he does seems more interested in sharpening the distinctions between his base and the majority, which is ultimately unhealthful for democracy. But that's kind of abstract for most voters. One approach to organizing your reasons is around insecurity:

Indeed Trump has given aid and comfort to our enemy Russia by creating and exacerbating divisive public issues like the NFL kneeling, that Russian social media agents used to further divide Americans by vehemently arguing both sides. Giving aid and comfort to the enemy - not to mention providing them weapons - is treason according to Article 3 of the Constitution.

Another way is to consider how Republicans get persons of modest means to vote for their agenda of reducing taxes for billionaires by increasing taxes for working people. The Republicans do it by distracting voters with ideological wedge social issues. Think about those 78,000 voters in the midwest that made the difference in 2016. Their priorities might not all be the same as yours, so focus on where their priorities and yours overlap. Consider picking three economic issues that are important to all Americans of modest means.

Here's a sample to a California Assemblymember based on economics; you can surely do better.

I urge you to sponsor or support a California Legislative resolution expressing no confidence in the Donald Trump administration, and a corresponding referendum in the next general election. The text might read:

The people of California have NO CONFIDENCE in the Federal administration of Donald Trump, because

The people of California resolve to move forward on our own toward the future, with or without the help of the Trump administration.

What if it doesn't work? If millions or even thousands of voters write about no confidence motions, it will have an effect even if no legislators act. But if they don't act, raise the issue in town hall meetings when the opportunity arises. And many states have a public referendum process by which citizens can circulate petitions to put resolutions on the statewide (or local) ballots. That's the next step.

Which California Representatives voted against the Republican Billionaire Tax Relief bill? All the Democrats and (surprise!) two Republicans: 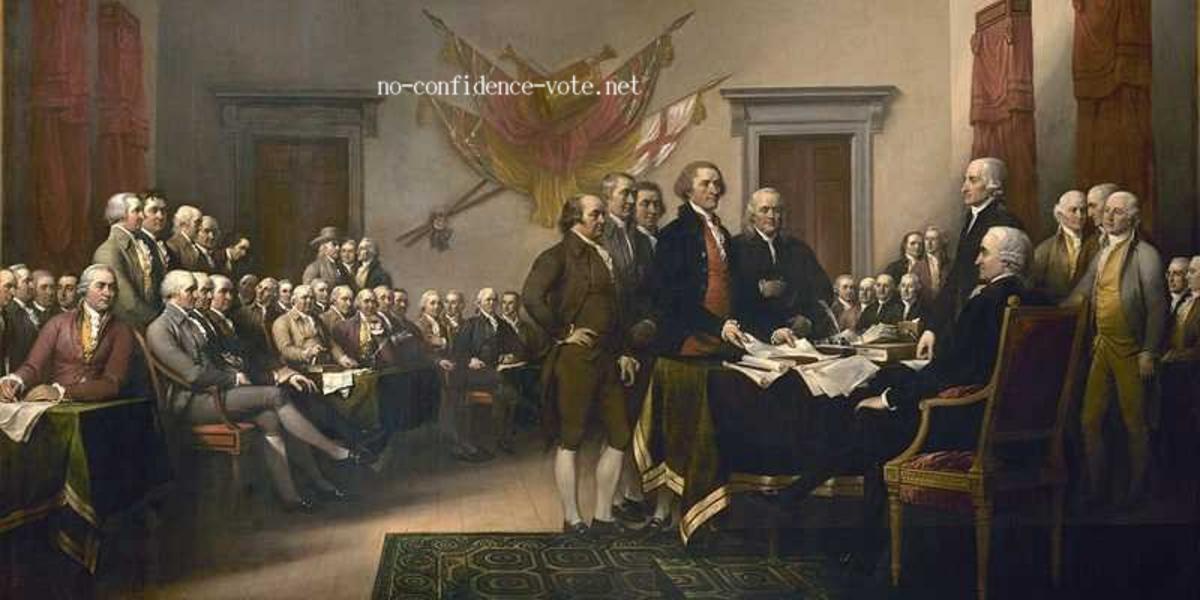